Watch as Sarah shares her top hardy annual flowers for a cutting garden and tips on when to sow the seeds.

I always think that if half-hardy annuals are the froofy colour and glamour of a cutting garden, hardy annuals are the backbone. And actually, the hardy annual group includes some of my favourite flowers, and I’ve had a long devotion to euphorbia oblongata, but you have to be really careful of the sap. It’s a lovely plant, but you must pick it with gloves on.

And then I’m also really devoted to honeywort, cerinthe, which it’s stem ends need searing to make it a good cut flower, but boy oh boy is it beautiful and it’s teaming with bees by March if you sow it in the autumn, but I’ll come back to that.

The antirrhinums are borderline hardy, but here in Sussex they self-seed, which is the definition of a hardy annual according to your microclimate. And there are lots of lovely ones, I’ve got Antirrhinum ‘Liberty Crimson’ here, the lovely ‘Giant White’ and then the lovely ‘Appleblossom’ which is scented, and those are really, just sort of classic snapdragons, wonderful, wonderful things.

The ammi family, so these are very similar to the wild carrot, but they’re not actually the wild carrot. This one is called Ammi visnaga, and it has these big umbels which then form wonderful seed heads, which you can go on picking right the way through to dahlia time in September, whereas Ammi majus, which is this one is more delicate, it is just the quintessentially bridal flower, really, really pretty, lacy – Queen Anne’s Lace it’s often called – and has a wonderful vase life. Some people think it’s like cow parsley, but actually it’s more delicate and it doesn’t drop nearly as much as cow parsley, so I’m a big fan of that.

The calendulas, all the marigolds. So this one is ‘Indian Prince’, and then I’ve got another one here called ‘Snow Princess’, and that’s called ‘Snow Princess’, you often, if have snow in the name, you often know that it’s really winter performing, and it indeed does, I mean we plant ‘Snow Princess’ even with our tulips, but it’s a really pale, sort of primrose-yellow, and there are lots of other calendulas we grow here, and I love them as a cut flower, as a healing plant, you can make a wonderful ointment with them, and it is the best thing for midge bites or mozzie bites or whatever, and brilliant also for burns.

And then couple of last ones on the table in front of me, the beautiful cornflower, that really benefits from autumn sowing, which again I’m coming back to, and it comes in lots of colours, this is a lovely new mix called the ‘Classic Magic’ mix, it’s really, really great, but I also love just this simple black cornflower, Centaura cyanus ‘Black Ball’, that’s a real beauty, and of course the classic blue one.

And then finally, Salvia viridis ‘Blue’, the blue clary, which we actually have all over the veg slope behind me, because it’s so good for pollinators, and you want to draw pollinators into a vegetable garden, because of course there are lots of things like beans and courgettes and strawberries, there are so many things that need pollinating for you to get a decent crop, and so by putting the salvias in, as well as calendulas actually, you will up your vegetable harvest.

So I keep saying I’m coming back to sowing. So you can sow them in March, and put them out in the garden in April because they’re hardy so it doesn’t matter about the frost. Here, we tend to sow them from the last week of August to the last week of September, and then put them out into the garden within three weeks of that cut off point, because then the soil is warm, moist, and, but yet the light levels are dropping , so then what happens is that the plants go on forming root right the way through the autumn, winter and early spring, and you get this brilliant root reservoir with a small plant, and then as soon as the light levels increase and the temperatures increase in March and April, you get this huge eruption of a massive plant, which is much more productive and tends to be more healthy. So for us, autumn sowing is really key, and we do lots of it here.

Slightly later with our sweet peas, which of course are hardy annuals too. We sow them in November and December. But what a great family for cut flower growing. 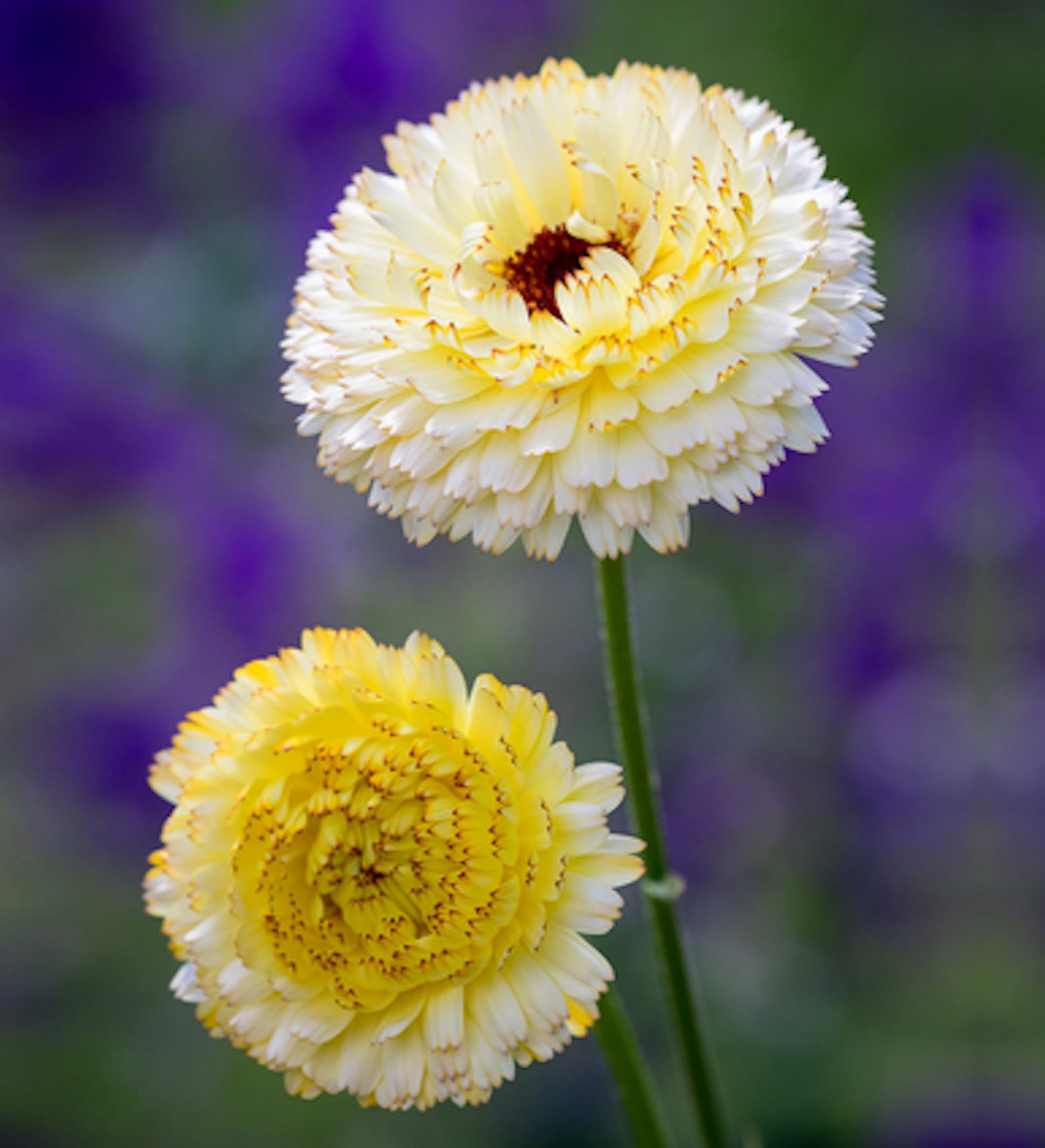