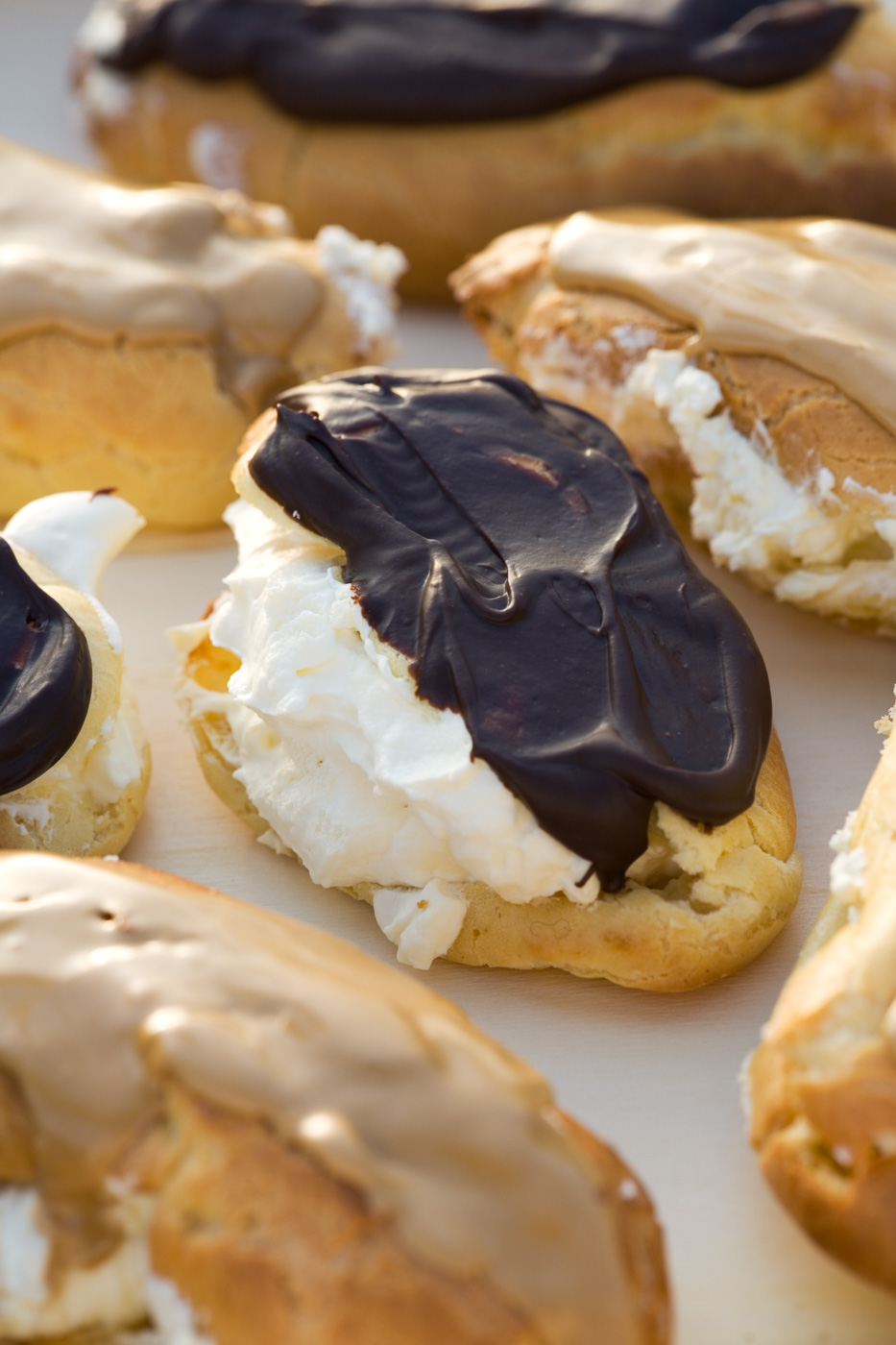 These éclairs are the best you’ll ever eat. They are ideal for a big family party – make two-thirds chocolate and one-third coffee – over Christmas or New Year. You can make the cases several days beforehand and store them in an airtight container. A piping bag with a 1cm plain nozzle is very useful for this recipe.

for the chocolate icing

for the coffee icing

To make the choux pastry, put the butter and salt in a saucepan with 150ml water and heat slowly to melt the butter. Add the flour all at once, keeping the pan on the heat, but as the mixture thickens remove from the heat and beat really well until it comes away from the side of the pan leaving the surface clean. Allow to cool slightly.

Add the eggs and beat them slowly but thoroughly into the mixture (you can do this in a food processor, using the beater attachment, or by hand). Add the vanilla extract and beat well until the mixture is smooth and glossy.

On a baking tray covered with non-stick or silicone liner paper either shape the choux pastry with two spoons or put the mixture into a piping bag with a 1cm plain nozzle and pipe it. Make the éclairs roughly 8cm in length, with space in between for expansion.

Place in the preheated oven and cook for 20 minutes or until they are pale brown and well risen. Allow to cool on a wire rack and make a hole in the sides to release the steam.

Whip the double cream until it holds soft peaks. Slit the sides of the éclairs and pipe in the cream. Dip half the éclairs into the coffee icing and the other half into the chocolate icing. Put back onto the cooling rack until the icing has set.

This recipe featured in the Sarah Raven 2016 Calendar.