a beginner's guide to healing plants 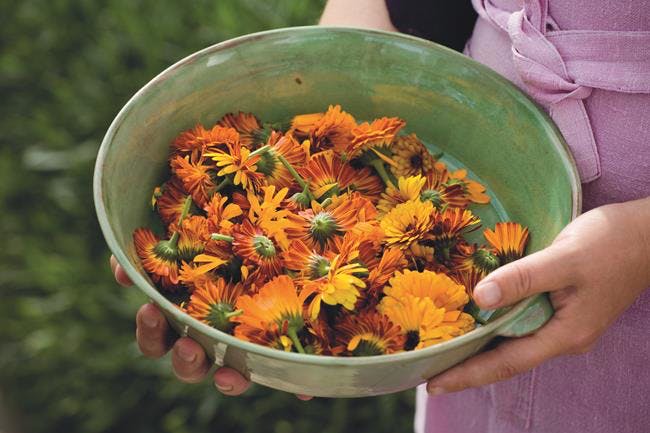 I’m about to add a whole new strand to my productive garden – healing plants. There are many plants which you can grow which are perfect for healing common ailments.

I have travelled around the country learning about plant remedies and how powerful and exciting so many of them are. It re-kindled my interest in medicine which I studied in the 80’s for eight years. I’ve learnt about plant derived drugs which are life saving. At the Chelsea physic garden I came across the Madagascan periwinkle, Catharanthus roseus the source of Vincristine and Vinblastine, first line and very important drugs in childhood leukemias. We’ve travelled to the Black Mountains in Wales where Galathamine is extracted from daffodil bulbs, a treatment which slows down the progression of Alzheimer’s.

The story of both these plant extracts is fascinating, but what’s excited me even more is the accessible remedies that are sitting just outside our back doors or on our window ledges, that all of us can grow and use without any danger - a living first aid kit.

For years now, I’ve been growing a beautiful variety of English marigold, Calendula ‘Indian Prince’. It’s very easy to grow – a hardy annual that can be sown straight into the garden – and is a wonderful plant for cutting. It’s also edible. I add it as a zap of colour over the top of green salad and put it into risottos and rice salads instead of expensive saffron.

I try to have at least a few Calendula plants in the garden for four or five months of the year. I now find that it’s one of the most effective and safe healing plants, that it’s a wonderful cure for cuts and sores and almost any skin lesion. It not only has antibacterial properties, so it’s a good antiseptic, but it has tannin in it as well. This helps to knit together the wound and speeds up healing.

Aloe vera is an equally well known healing plant and many people have it growing on a pot on their kitchen window sill, but I didn't until recently. Aloe needs to be grown inside, but it’s a hassle-free, minimal TLC houseplant and it’s a miracle cure for many things.

My husband Adam tells a story about being on holiday as a child in the West Indies and the house next door had a boiler problem. A plumber arrived and was just starting work when the boiler exploded and he was drenched in almost boiling water. The woman of the house rushed into the garden with a machete and scythed down great rubbery leaves of aloe, growing vastly healthily there to several feet tall. They coated the plumber in its gunky leaf insides and the man was healed within a week without any hint of a scar.

Aloe is well known in its use with burns, but it’s brilliant for any skin lesions and particularly useful for sore gums and mouth ulcers. Just smear on the natural gel - like Bonjela - and by the morning, your ulcers will be healed. Again, we’ve now trialled this as a family in the past few weeks and I can vouch for it. It’s fantastically effective, soothing and quickly healing both cracked lips and a nasty mouth ulcer for us.

I’ve also just learnt from a medical herbalist, Anne McIntyre who we visited in Gloucestershire for the programme that if you add turmeric to the aloe gel, smeared on straight from the plant, its can be an incredibly quick and effective cure for eczema and psoriasis, condition that conventional medicine finds tricky to treat.

Propagating aloe could not be easier. You can buy one plant and quickly turn it into several for your home-grown medicine cabinet. Look at the base of its succulent leaves and you will almost certainly see a few mini plants like satellites around the mother. Knock the whole thing out of its pot and gently tease the babies away from the main parts of the root. Every one of the satellites should have small nascent subterranean roots themselves. Pot these on into house plant compost with some extra grit added at about the proportion of two thirds compost to one third grit. Add some slow release fertiliser and these will be decent sized plants for you to harvest leaves from within a few months.

Another plant about to be added to my healing border is Greater Celandine, Chelidonium majus. This is a very effective treatment for warts. Just pick a stem and it will immediately start to ooze brilliant tangerine-yellow sap. Cover your wart in that every day for three weeks and the wart will miraculously disappear. No searing pain from freezing with nitrogen at the GP for me and my family again. Warts, grazes, cuts and ulcers - our garden’s about to become our al fresco pharmacy. 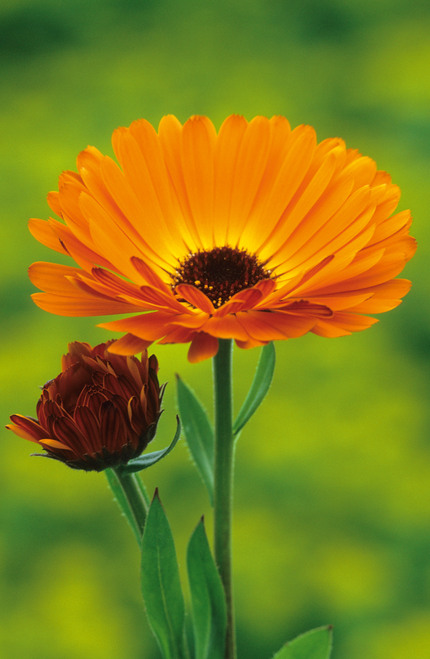