the history of the tulip 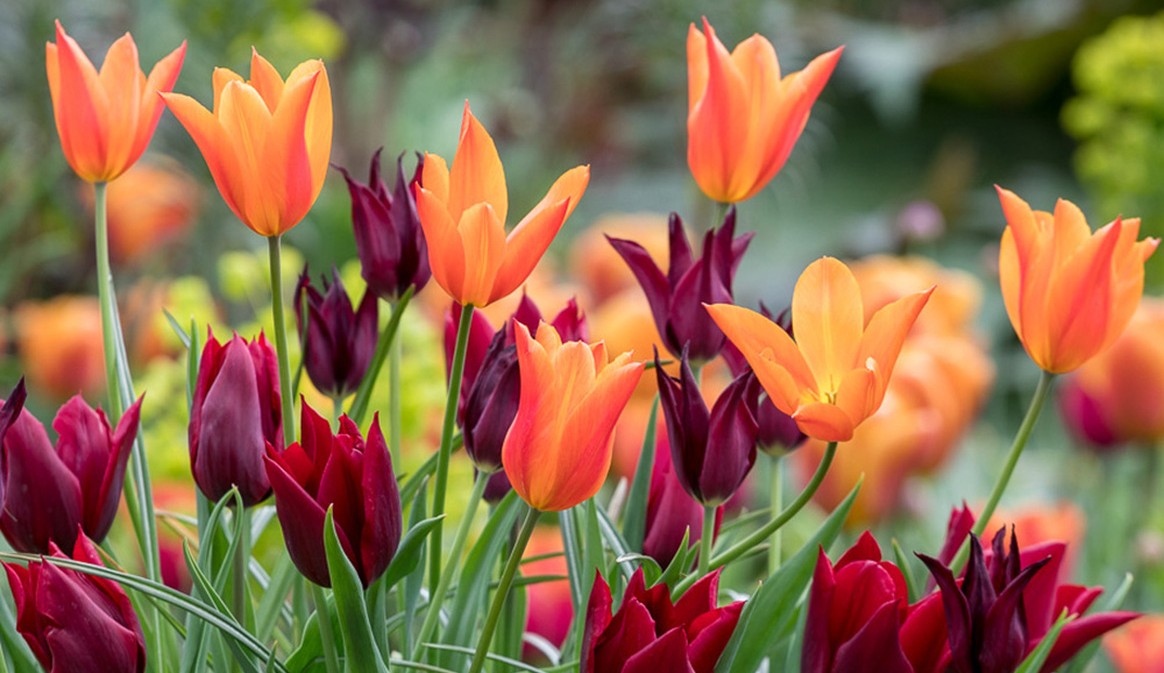 Find out more about the history of tulips. From origins in Turkey to fame in the Netherlands, this is a flower that has remained popular for centuries.

The Tulip was actually originally a wild flower growing in Central Asia. It was first cultivated by the Turks as early as 1000AD. Mania in Turkey struck in the 16th century, at the time of the Ottoman Empire, when the Sultan demanded cultivation of particular blooms for his pleasure. The name 'tulip' came from the Turkish word for turban.

Tulips in Turkey continued to remain popular, and in the early 18th century, the 'Age of the Tulips' or 'Tulip Era' began. There were tulip festivals and it was a crime (punishable by exile) to buy or sell tulips outside the capital.

The flowers were introduced into Western Europe and the Netherlands in the late 16th century, probably by Carolus Clusius, who was a biologist from Vienna.

In the 1590s, Clusius became the director of the Hortus Botanicus in Leiden, the oldest botanical garden of Europe, founded in 1587. He was hired by the University of Leiden to research medicinal plants. While doing so, his friend in Turkey, Ogier Ghiselain de Busbecq, the ambassador of Constantinople (present day Istanbul), had seen the beautiful tulip flowers growing in the palace gardens, and so sent a few to Clusius for his garden in Leiden. This was the start of the bulb fields in the Netherlands that can be seen today.

In the beginning of the 17th century, the tulip was starting to be used as a garden decoration instead of the former medicinal purposes. It soon gained major popularity as a trading product, especially in Holland. The interest for the flowers was huge and bulbs were sold for unbelievable high prices.

Botanists started to hybridize the flower and they soon found ways of making even more decorative and tempting specimens. Hybrids and mutations of the flower were seen as rarities and a sign of high status (see our full list of 15 different tulip divisions). In the months of late 1636 to early 1637 there was a complete "Tulipomania" in the Netherlands. Some examples could cost more than a house in Amsterdam at this time.

There was an inevitable crash in prices in 1637, when people came to their senses and stopped purchasing the bulbs at such high prices. Throughout the 17th and 18th centuries, interest in the tulip remained, but the Dutch became the true connoisseurs and stockists.

hybrids in the 20th century

In the 20th century it was discovered that the frilly petals and dramatic flames that gave some varieties their stunning look, were in fact the symptoms of an infection by the mosaic virus. The healthy flowers were supposed to be solid, smooth and monotone. The virus came to the tulip from a louse living on peaches and potatoes. These diseased varieties are no longer sold, what you can find is hybrids that look similar but are genetically stable!

Nowadays, there are many different tulip varieties to choose from (browse our range of tulips for inspiration), and you can still buy some of the original 'wild' varieties, often called 'species' tulips (see our range of wild tulip bulbs).