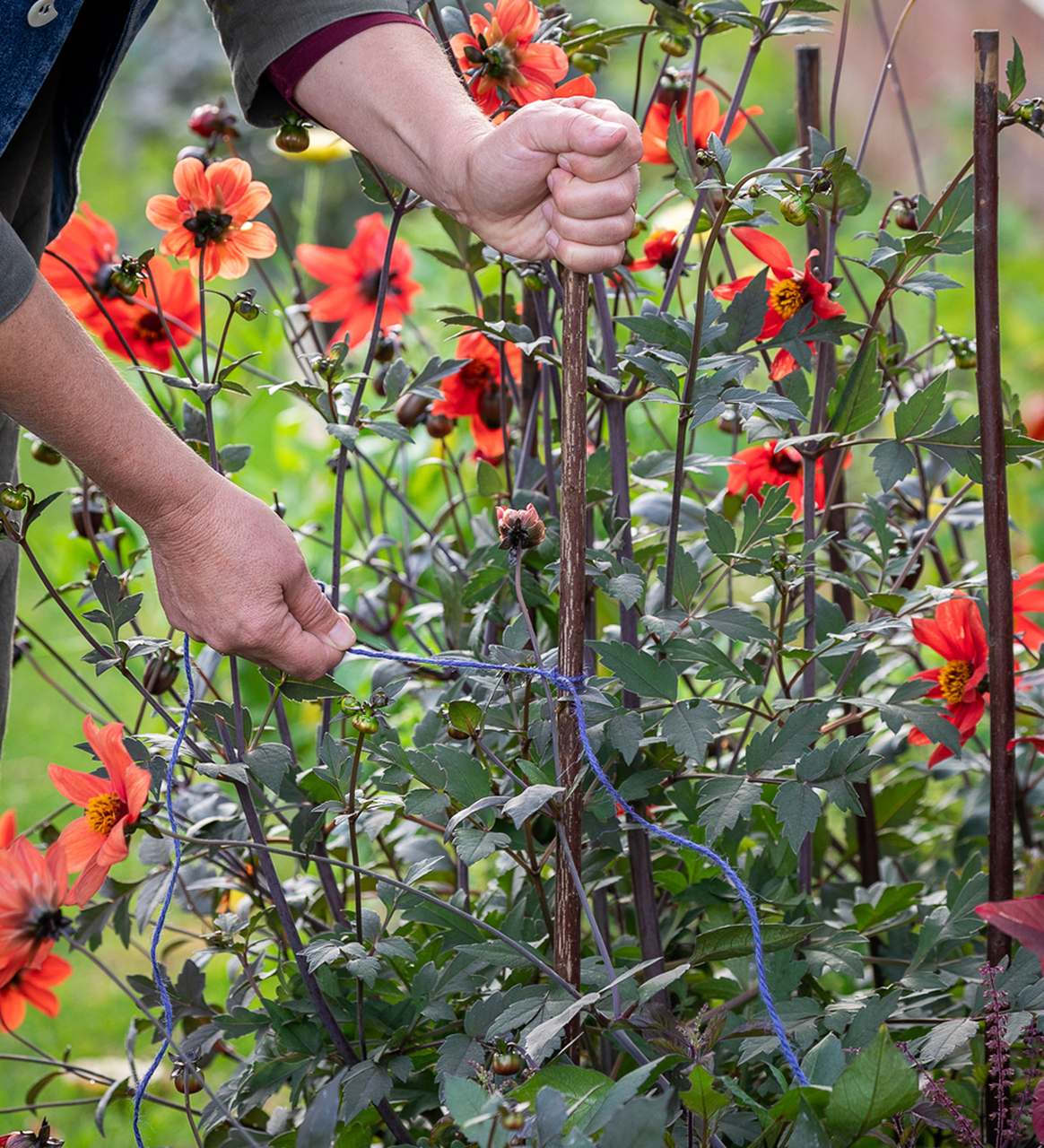 There are some fantastic gardens within half an hour of my house, all of which teach as much about how to garden as anything I could come up with. I try to walk around them often and in as many different months as possible, in order to see how they develop. I find this peculiarly depressing in February and June, because this is when the contrast between them and my garden is at it's starkest.

Of course, it's a bit like comparing Paradise Lost with a newspaper column, but it does highlight my failure to stake creatively. I've just walked round the garden at Sissinghurst and every one of its many roses is woven into a perfectly pruned bosom shape, circled into wonderful round cylinders, or laced up and over the walls in neat and airy lattice work. Within a month or two its herbaceous plants will be similarly trained and supported so that the whole place looks immaculate – held up and in, yet invisibly so.

By May or June, when I get round to training the plants in my garden, it's really too late to save them. The unsupported delphiniums, euphorbias, peonies and lilies have already begun to collapse chaotically towards the soil. Every year it's the same. I keep meaning to spend a day or two concentrating on just this, but don't get out there in time before a heavy night of rain, or a few hours of wind have trashed what was looking lovely, fresh and good.

Once the stems have been knocked down and left trailing on the ground for a couple of days, their growth tips turn up towards the light. You can hoik them up, but the knee they've created will never fully straighten.

The next couple of months are critical if you are to ensure that support structures are in place before the plants begin to grow. This year I'm determined to start the whole process in plenty of time. I've got in touch with a basket-maker and gardener Malcolm Seal to ask him to teach me how to achieve my staking in an effective and beautiful way.

I first met Malcolm when he was working for John and Caryl Hubbard in another of my favourite gardens, Chilcombe in Dorset – a beautiful, south-facing, sloping site that looks over Chesil Beach to the sea. His architectural woven baskets and border sculptures were dotted all over the garden.

There were bent hoops for training roses, mid-thigh domes for tall plants such as Campanula lactiflora and tall, pointy ones for herbaceous clematis, sweet peas and anything that wants to climb. They looked fantastic from early in the spring, then by early summer were hidden by the plants they were designed to support. The effect was breathtaking.

I've tried to copy this brilliant idea since I first saw it, but my structures have looked messy and haven't been strong enough to do their job for the six or nine months they need to be there.

Malcolm wouldn't use the steel hoops or plastic netting that so many of us shove in as a last resort. Instead he supports his plants with willow, hazel and sweet chestnut, which have none of the hard edges of supports that come out of a factory. At about this time of year, as soon as the borders are clear, he begins putting his pea sticks in place. He creates a dense hedge for plants to scramble through, or bends and twists the sticks together to create a more mounded bird's-nest-like appearance over a whole area of herbaceous plants.

As he has shown me, a garden staked in this way makes your borders look great before anything has even grown. There are no long weeks of staring at ugly functional staking and, before long, all your work is clothed in foliage and lost until winter. Some of your structures might last a year or two, some just a season but, as Malcolm says, they are carbon neutral and ecologically blameless, so all can be burnt safely.

It's a new-old way of looking at things, the garden knitted as much as it's planted. I've ordered my pea sticks and bean poles already.

Use our willow flower stakes to create a natural support for your plants or choose from our full range of plant supports and structures.