Now is the moment to make the inside of our homes as wonderful as our gardens have been through the summer. There are lots of beautiful, vibrant plants available to fill the winter with life and colour. If you have a large indoor growing space – a conservatory or frost-free greenhouse – it's possible to draw on all sorts of stimuli, scent included, and create all kinds of effects, from lush foliage to flowery.

Think of your greenhouse or conservatory as an outdoor room where nature can be brought two months forward. Install a chair and go and sit there to read the papers, or take your breakfast there to enjoy the living world, but cosy and out of the wind or rain. 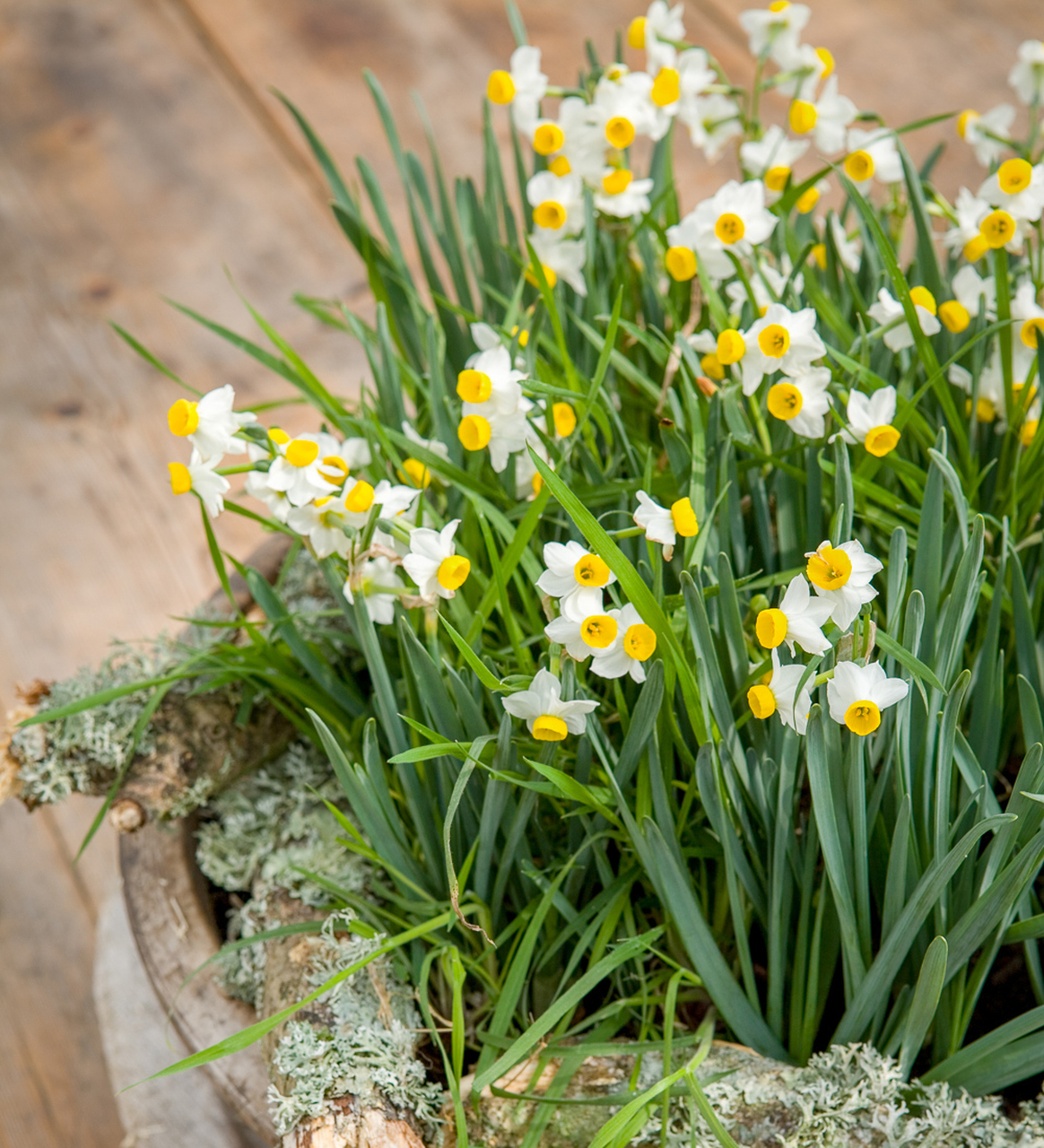 For January flowers, fill empty benches with miniature iris (Iris reticulata 'Harmony' or Iris histrioides), packed densely into pots. It's late to plant these, but still worth doing. They can be joined by delicate species daffodils such as Narcissus canaliculatus and 'Segovia', both with delicious scent, and both can be forced into flower six weeks earlier than outside.

On a much larger scale, Plumbago auriculata is still flowering now, with its phlox-like soft blue flowers growing all over its climbing vines. We have planted this in the ground here at Perch Hill to cover part of a wall in our greenhouse and it's been in flower with no attention since July. It's planted above the silver-leaved Lavender dentata, which we introduced to the greenhouse to keep whitefly at bay, and they make a good combination. Next year I will have this pair out in the garden in a couple of large pots, the lavender as the base, topped by plumbago growing on a tall tepee. In pots, we can bring it in once the nights get cold.

Again on a large scale, there's Tibouchina urvilleana, the so-called glory bush with its huge purple saucer flowers, blooming continually from the middle of summer. This is remarkable for its colour as the weather turns grey, but also for its texture. The whole plant, every leaf and stem, is wrapped in a velvet coating.

Staying with the whoppers, more of us should grow Sparrmannia africana (African hemp). I have three plants grown from cuttings this spring which tower over my head now, with leaves shaped like a sycamore, but bigger than a lily pad. They're just beginning to flower, which is a bonus. If you have the space, sparrmannia will grow happily almost anywhere inside, even with quite restricted light, as long as it is kept frost-free. 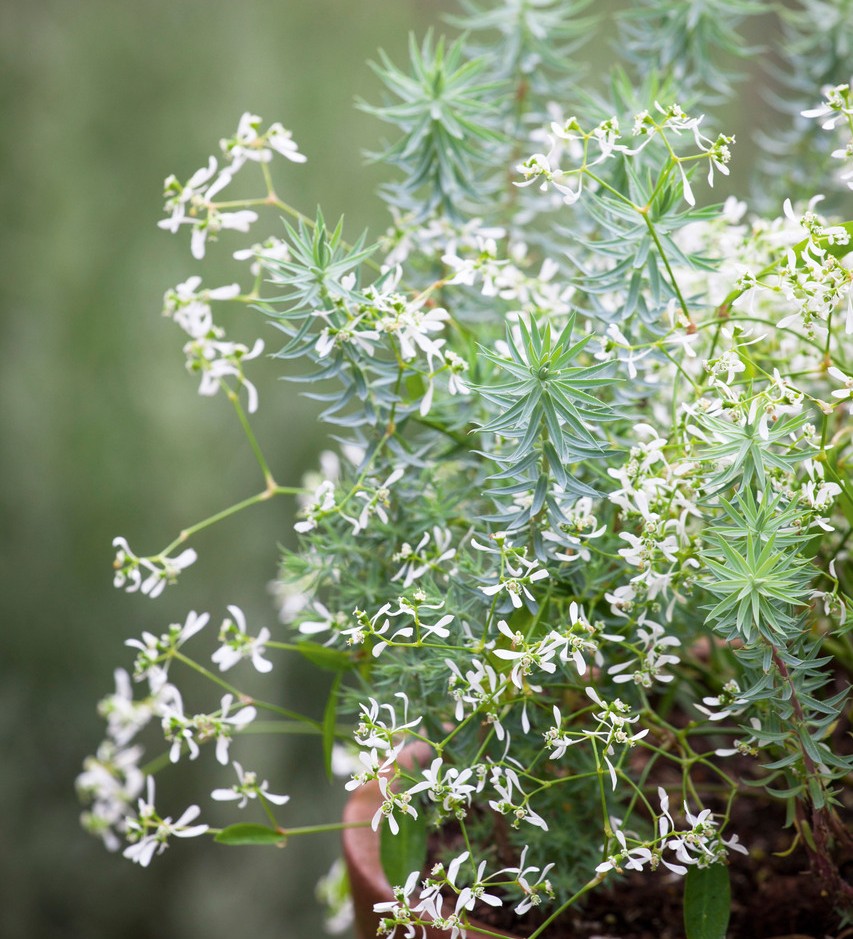 On a smaller scale, there are a few invaluable plants which grow and flower happily on a winter window ledge. My favourite is Euphorbia 'Diamond Frost'. I grew this as an understorey in several containers last year with cosmos. When the cosmos went over, we took that out, but brought the pot in because the euphorbia showed no signs of fading. It flowered happily well into the new year. It's an ideal window ledge plant, delicate and airy, very pretty when backlit in silhouette.

Another new discovery is Torenia 'Yellow Moon'. Alternating between an inside and an outside table, this has been flowering in a small pot since June. Each flower has a wide purple throat, which splays out to yellow tubular petals, a good contrast over jagged, almost nettle-like leaves.

I also love Primula forbesii with delicate flowers in a deep pink, bright and perky all the way through the darkest parts of winter. This used to be fashionable and widely grown but has now all but disappeared from the garden centre and even plant nursery bench. The Japanese still grow and love it and are leading the way in its crossbreeding and reintroduction here.

Then there are the orchids. We all know phalaenopsis will keep going, but also try the zygopetalums. These are simple to look after, as easy if not easier than the phalaenopsis, and they have a sweet scent. This group flower through the winter, with some coming into bloom in September and others following until the spring. The individual flower spikes don't last as long as a phalaenopsis, but sometimes produce two flower crops in one year. 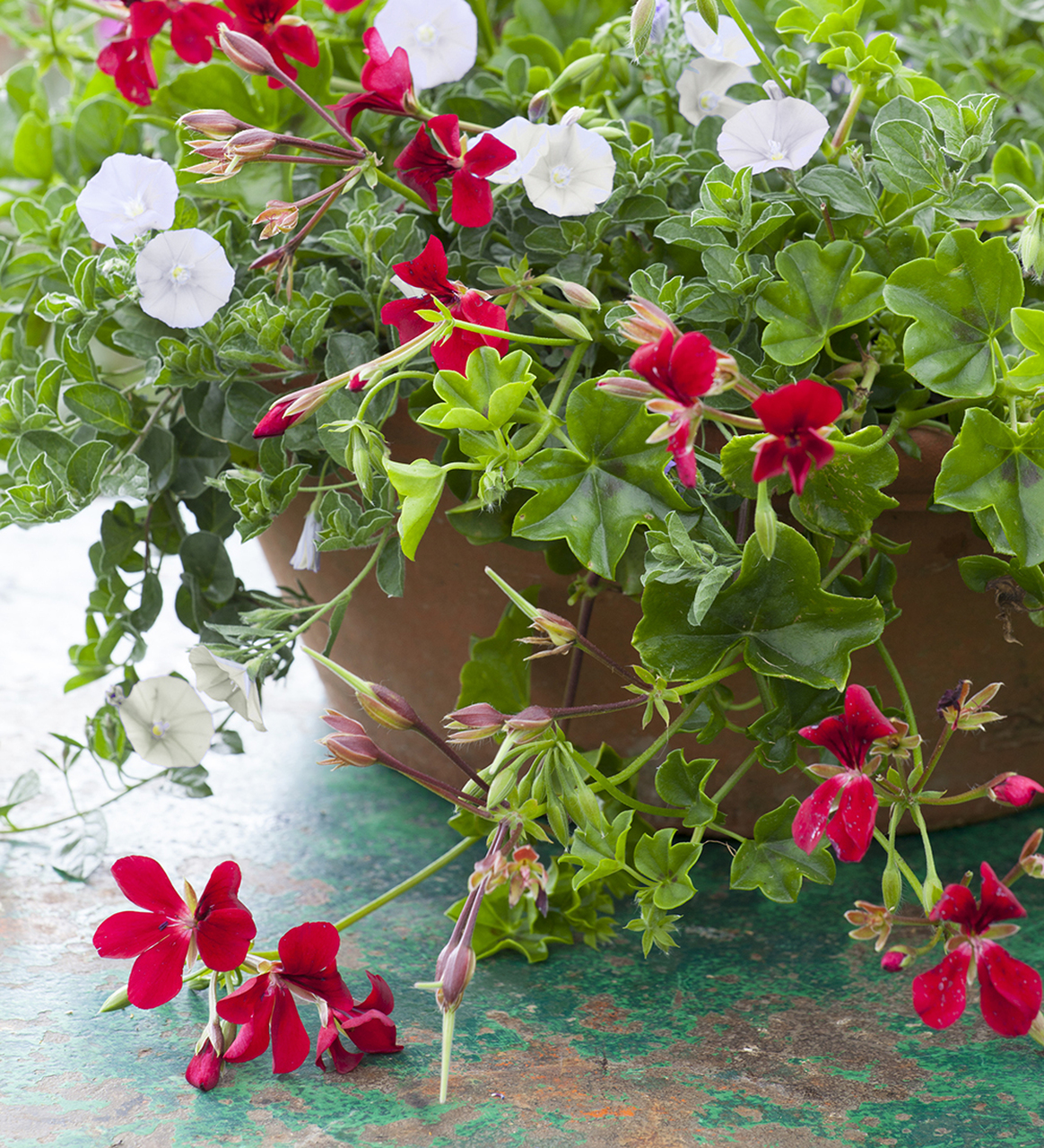 There are also the lady slipper orchids, the paphiopedilums, happy on a deep, cool window-ledge. I had one of these last winter which looked good from December until April in my sitting room. I was sent one for Christmas and could not believe how it continued to flower with almost no TLC. It needs little water or light, so does well almost anywhere.

You have to include pelargoniums in any essential winter houseplant list. If you like full-on colour, go for the zonal Pelargonium 'Aurora' with pom-pom heads in the brightest fuchsia. That never stops flowering in my kitchen. Then there's the ivy-leaved 'April Hamilton' with flowers in a crimson velvet. That's a good trailer from a high window ledge.

I also love Pelargonium tomentosum for its leaves, which give out a strongly scented, minty geranium perfume, and have the softest texture of any plant I know. This is the stuff beds in heaven are made of – perfume and silk velvet. It's shy to flower, so combine it with a pot of 'Attar of Roses', which also grows happily inside and smells delicious.

These will look good right through till next spring when you can cut them back and neaten them up for the new season's growth. 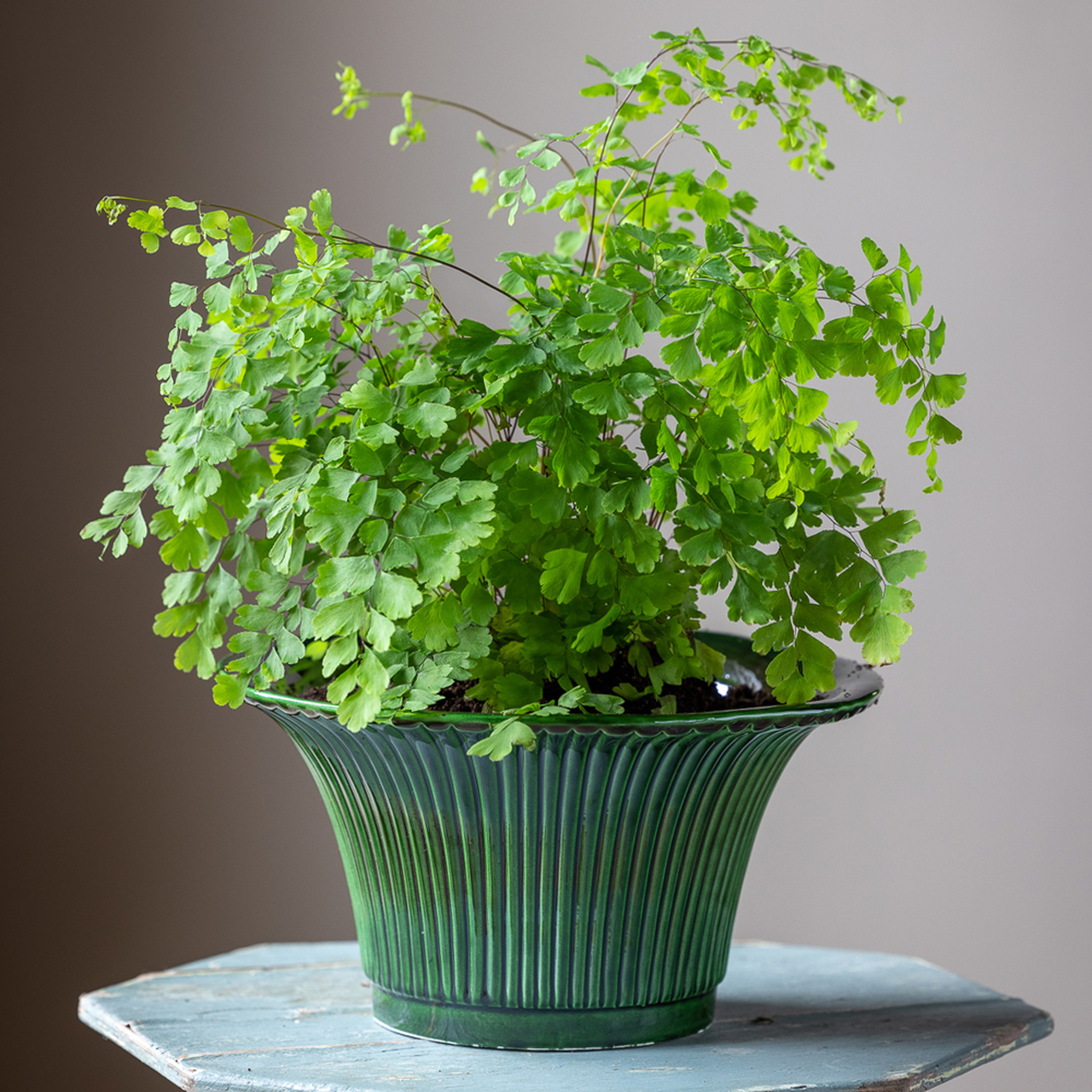 Away from the windows into darker corners, there are three ferns I love for lush, full-on greenery whatever the time of year.

You can't go wrong with the classic maidenhair fern. Its reminds me of a fine Greek lace curtain, its black stems like the thread linking the pattern of leaves. It can't fail to be pretty wherever you put it. And I like the needle-leaved asparagus fern, (which isn't a fern at all, but part of the lily family), which looks fresh and healthy almost whatever you do to it.

And finally I love the indoor polypody fern (Nephrolepis exaltata 'Green Lady') which looks as though you've just dug it up from a wood. It's bushy and full of life right through the winter. Now's the time to garden inside and revel in some of these plants for the next two or three months.

With all houseplants, keep their compost on the dry side at this time of year, only watering once a week unless they're near a radiator. Once the light levels are low, and growth has slowed down, too much water at their roots will be the thing that kills them.

This article first feature in The Telegraph on 15th November 2014. 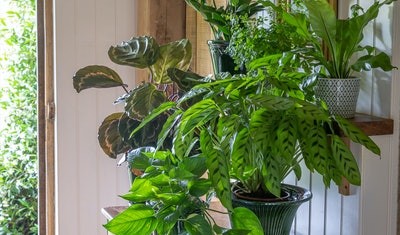 shop our full range of houseplants