bring pollinators into your garden 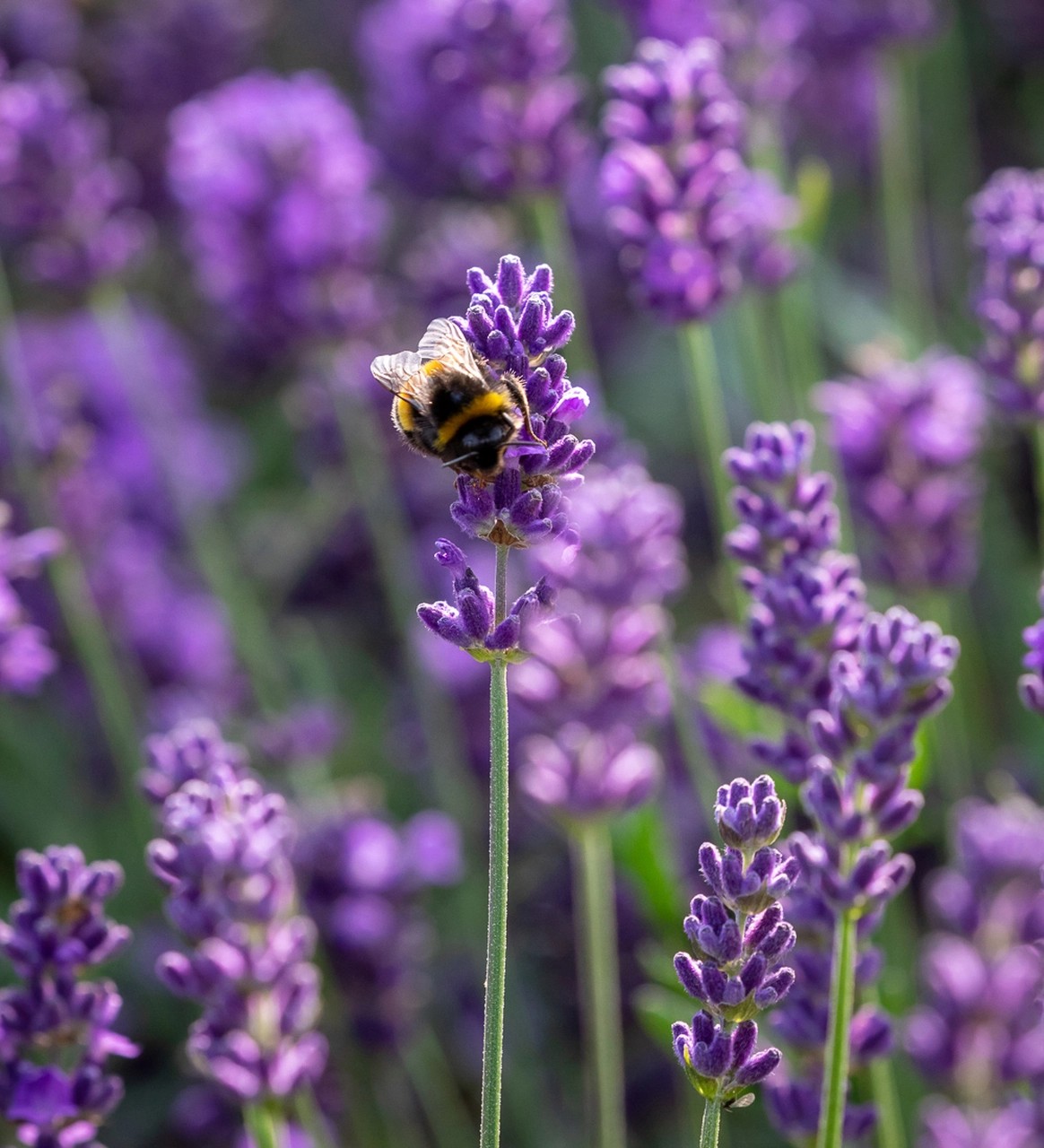 The honeybee is in peril, but every gardener can help by planting pollinator friendly plants in their gardens and allotments.

Gardening, for me, has turned a completely new corner. I used to love it - like cooking - for the disengagement it allows, the absorbing, practical, satisfying, creative parts of gardening that make it the perfect thing to do when you want to cut off from the rest of life. I also love it for rooting me firmly in the time of year and weather.

But I'm seeing it differently now and I think that's probably to do with getting older - with having hung around in gardens for 20 years.

I don't want this to sound too inflated, because after all, it is only a garden, but I am beginning to think of my garden as a contribution to the world. It has - or can have - effects and influences beyond itself.

It is a small patch that I can turn into a dynamo for a richer and healthier landscape, and now is the ideal time to make definite shifts - a New Year's resolution, in fact.

What's driving me is the decline in wild pollinators and managed honeybees.

For example, Britain's butterflies have never been so threatened, with 24 per cent lost since 1800 and 75 per cent of species in decline.

These figures come from a report by Natural England ("Lost life: England's Lost and Threatened Species" [NE233]), which estimates that we have now lost 18 species of butterflies, 89 species of moths and 23 species of bees in the UK, with an estimated 75 per cent decline in honeybee numbers in the past 100 years.

Why does it matter? Insects are pollinators of about 80 per cent of all plant species in Europe, including most fruit, many vegetables and some biofuel crops. Imagine our diet without pollinators.

Prices of what we now consider ordinary food - a punnet of strawberries, beans, a pot of plum jam - will rocket.

Gone will be the era when most of us could think of having one, let alone five pieces of fruit a day.

This posse provides a pollination service worth up to £440 million each year in Britain alone, with honeybees, as the single most important animal pollinator, calculated to contribute £27 billion to the world economy. So we've all got to act now.

how we can help

Gardeners can help reverse this trend. Reasons for the decline in pollinators are partly new diseases (in the case of the honeybee), but more importantly, increasingly sparse foraging for these insects.

With the widespread destruction of flowery habitats and changes in land management - for example - from clovers to chemical fertilisers, there's less insect food around.

As is often quoted, it is estimated that in Britain between 1932 and 1984, we lost 90 per cent of our unimproved, flower-rich, lowland grassland, key areas for any foraging insect. The countryside in 2011 may look lush, but there's precious little for pollinator insects to feed on.

As David Goulson writes in "The Demise of the Bumblebee in Britain" (Biologist, 2006), gardens now contain more flowers than most agricultural land and, in Britain, we have a lot of gardens. They cover more than one million hectares, which far exceeds the combined area of our nature reserves.

Gardens can't provide all the answers - many species have specialised habitat requirements - but for honeybees and many other bees and pollinators, they can be a huge help.

Growing  pollinator-friendly plants in our patches can make a difference. Some cultivated garden plants have limited wildlife value.

Years of selection for showy blooms can result in flowers losing their attraction to pollinators, but there are plenty of traditional cottage garden plants that are tiptop as far as these insects are concerned. Having insect-friendly plants in gardens is a win-win.

Many of the best plants for insects are also great to look at, easy to grow and flower for a long time.

In spring, flowers are so abundant that there is not really a need for more of them to help bees. But in summer flowers may be in much shorter supply, and this is when gardens can make their greatest contribution.

I've compiled a table of these pollinator super plants, but if you only have the time or room to go for two or three,  borage, lavenders and Erysimum 'Bowles's Mauve' - all pretty and easy to grow - are what you should choose.

Francis Ratnieks, Professor of Apiculture at LASI (Laboratory of Apiculture and Social Insects, at the University of Sussex) tells me, "If you grow a few plants of these three, they'll bring a lot of insect activity into your garden. I would recommend planting them in a sunny spot where you can enjoy relaxing and watching the bees and insects do their thing.

"Borage is extremely attractive to honeybees, but also attracts many other insects, including bumblebees and butterflies. As an annual plant, it very quickly grows and blooms and is probably the quickest and cheapest way to get a large patch of bee-friendly flowers into your garden.

"It self-seeds and the seedlings are easily recognised the next year, so a patch can be kept going with little effort," he says.

Lavenders are Ratnieks's second must - particularly Lavandula x intermedia. "They attract a wide range of insects and, compared with borage, relatively more bumblebees to honeybees, as well as lots of butterflies and hoverflies.

"I would say that lavender is the best perennial shrub for insects in a garden, as it is so easy to grow and maintain."

His third and final special recommendation as a butterfly plant is the everlasting wallflower, Erysimum 'Bowles's Mauve'.

"This blooms for most of the year - as it is unable to set seed - and so keeps on flowering, and is very attractive to butterflies.''

It's a new year, and a time for pledges and resolutions - so let's pledge to plant a few new pollinator-friendly plants in our gardens.

If enough of us think of our gardens as food and habitat havens for our declining insect populations, then they can act like a nectar and pollen constellation, thousands of spots of life scattered across the country, every one an insect magnet.

Ratnieks's team at LASI has found that honeybees will fly up to 12 kilometres to forage; bumblebees will also fly several kilometres.

That's exciting - the idea that when you garden, you're gardening more than just your plot, you are linking with and shaping the life of everything around you.

The spokes of this huge wheel are the flight paths of the insects, like a giant umbrella radiating for miles in every direction.

Before the telegraph was invented, the beacons on every hilltop between Land's End and London would communicate one with the next, spreading a message across the country.

And we can communicate to those insects that are left, to say to them again and again: Pollen here! Pollen here!