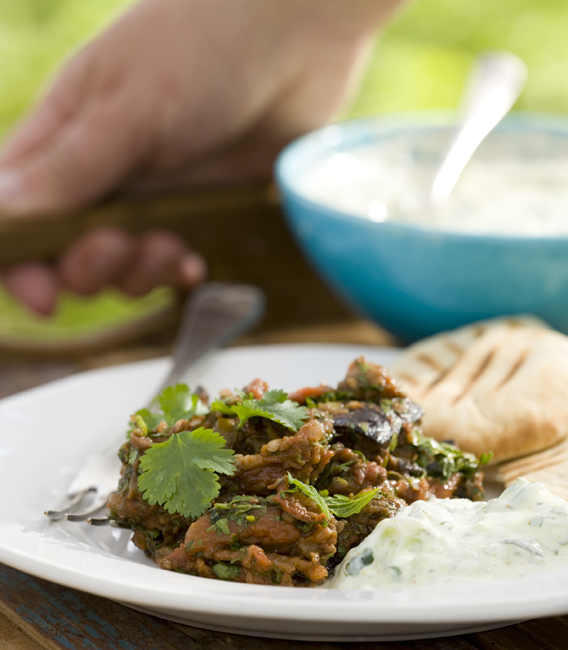 This salad is lovely served warm as a first course with cucumber raita and flatbread.

Preheat a medium-hot (200°C/gas mark 6) oven. Dice the aubergines into 1cm chunks. Drizzle 2 tablespoons of good olive oil over the top and roast them in the preheated oven for about 30 minutes. The oil really adds to the flavour, so it is worth using a good one. Cook until the edges start to char.

Meanwhile, fry the onion gently in the rest of the oil until glassy and soft. In a separate pan, toast the cumin and coriander seeds, allspice and star anise for a couple of minutes until they begin to smoke and then grind them to a coarse powder in a pestle and mortar. Add the toasted spices to the onion, together with the cinnamon and paprika, and then add the cooked aubergines and tomatoes. Cook the mixture over a gentle heat for 20-30 minutes.

Once the tomato juice has reduced so that there's little liquid left, take the pan off the heat and stir in the fresh herbs.

This recipe appeared in the 2014 Sarah Raven diary.