history of the dahlia 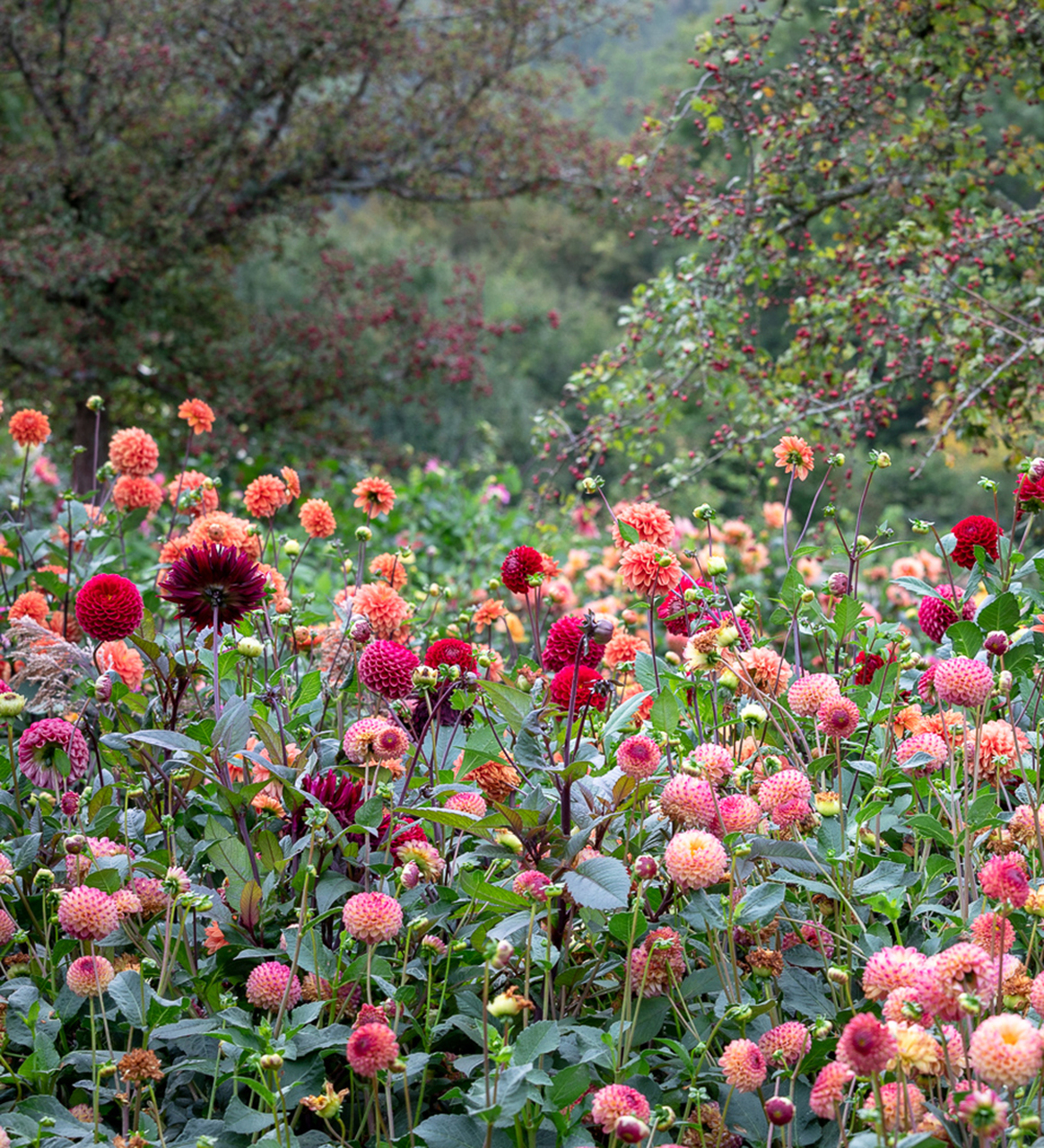 Very little is known about the dahlia before the time of the Aztecs. It is believed that the Aztecs used parts of the dahlia for food and medicine. The mountain regions of Mexico and Guatemala are the birthplace of today's dahlias and they have continued to be grown there.

discovery in the 16th century

In 1570, King Phillip II of Spain sent Francisco Hernandez to Mexico to study the natural resources of the country. He stayed for 7 years and described plants that resemble dahlia species under the names Acocotli and Cocoxochitl. The first drawings were made of the dahlias by an associate who was travelling with Hernandez and were published in 1651.

These botanists discovered what we today call the Tree Dahlia, whose flowers are open-centered single blooms. The Tree Dahlia (D. imperialis) has stems that are hollow and can grow to 20 feet or more. Often used for hauling water or as an actual source of water to Aztec hunters, the Aztec name for the dahlia was Acocotli or 'water cane'.

The next time dahlias appear in history is 1789, when the director of the Botanical Garden at Mexico City sent plant parts to Antonio Jose Cavarilles, who worked at the Royal Gardens of Madrid in Spain. From these he grew 3 new plant forms, Dahlia pinnata, D. rosea, and D. coccinea. He named the genus after Andreas Dahl, a Swedish botanist.

hybrids in the 19th century

Seed and plant parts from these dahlias were sent throughout Europe beginning in the early 1800s. As hybridization work continued, the first fully double forms began to make their appearance, as did many new colour combinations. In 1872 a crate of dahlia tubers was sent from Mexico to Holland, however upon arrival it was discovered that only one tuber had survived the long Atlantic crossing.

This lone tuber of a new variety (D. juarezii) produced a bright red bloom with petals that were rolled back and pointed. Interest in the dahlia by plant breeders was renewed at once and the successful combination of this new variety with earlier varieties served as the parent stock for the current lists of dahlia variations.

It was during this time that the scarlet Dahlia coccinea was crossed with a mauve-flowered species, possibly D. pinnata, which ultimately resulted in the first modern dahlia hybrid (Lawrence 1929). The new hybrid was easy to grow and hybridize so they quickly became very popular in European and American gardens.

Through the 1800s and 1900s, thousands of new forms were developed, with 14,000 cultivars recognized by 1936, and in the past century nearly 50,000 named varieties have been listed. All of these dahlia forms were hybridized from at least two, and possibly all three, of the original Dahlia species from Mexico.

After 200 years of culture, selective breeding, and hybridizing, today's dahlia has one of the largest variations of forms, colours, and sizes of any flower grown. More Dahlia hybridizers are active now than at any other time in history, which means a constant addition of varieties each year.

Today, this flower remains the National Flower of Mexico where its great beauty was first discovered by the mighty Aztec Indians so long ago.

Browse our full range of dahlia tubers and our exclusive dahlia collections.