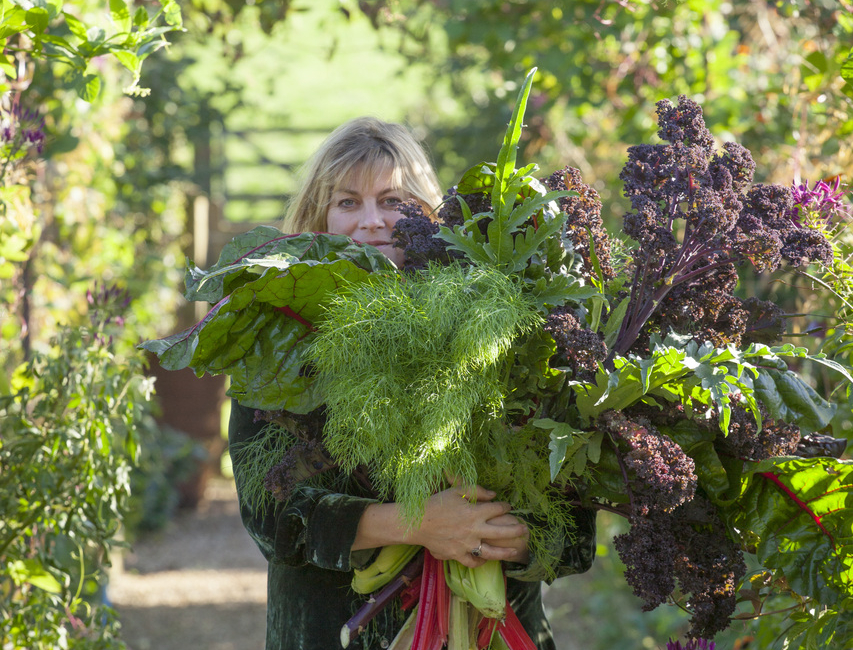 Trust me: creating a vegetable patch will be one of the most rewarding experiences of your life. Everyone seems to be at it. I’ve just returned from friends who have transformed their north London garden. Around the outer walls are metre-wide beds contained by new oak sleepers. Inside these, occupying what was once a lawn, are narrow paths and three large growing squares. There’s not a plant in sight yet, but the place is full of the life-enhancing promise of abundance.

Anybody with one or two spare hours a week can do it. In the middle of April it is the time to pick up the spade so that summer and autumn will be spent bringing in basket after basket of the most delicious fresh vegetables, fruit, salads and herbs. Even the temptations of the best-stocked farmers’ market will waft over your head and food miles will become irrelevant – life will be focused on food metres. Just follow this step-by-step guide.

Tempting though it is, don’t just plant the seeds any old how. The soil will probably need improving if you haven’t cultivated your plot before. Veg likes a loving environment – light, airy and full of goodness. A small soil lump size is crucial.

There is some starch stored in the seed but it’s not much to keep it going until the shoot reaches the light, unravels its seed leaves and starts photo-synthesising. Sown in heavy, sticky soil with clods the size of grapefruit, the journey is going to be a hard one.

You’ll know if your soil is heavy clay because it feels slimy and you can squeeze it into a ball without it collapsing. To make it friendlier, add huge quantities – tons, rather than one or two bags – of grit and compost or manure. The whole surface should be 6cm (about 2in) deep in grit, with another 6cm (2in) of organic matter on top, before you dig or rotavate it in. This will instantly convert ropy top soil into something good.

On very thin top soil over chalk or sand, make raised beds using railway sleepers or treated timber boards or hazel border edging to create a horizontal frame. Then you will need to import some top soil. Raised beds can also be the easiest technique when growing on seriously vile clay.

If life is busy and space scarce, the veg to grow are those that crop for months at a stretch from one sowing, giving abundantly with minimal TLC. Many of these are cut-and-come-again, so you can begin picking at one end of a line and by the time you get to the other, the roots at the start have grown new leaves. The right plants produce a seamless supply.

Select veg whose taste and texture are best when super fresh. The common characteristic is a high sugar content, which rapidly turns into starch after picking. Cook and eat them as quickly as you can.

Plant a few seeds of some of these productive plants every few weeks and you’ll have a good variety of veg flowing into the kitchen, rather than a daunting glut of one that will soon bore you, and your taste buds to tears!

There are two ways of doing it; either sow straight into the vegetable patch, or raise seedlings under cover in a greenhouse or cold frame, then plant them out. As a general rule, hardy annuals (see the backs of their packets) can be safely sown outside once the soil is warm, whereas half-hardies are best on a window ledge until the frosts are over.

Late spring is the perfect time to start sowing direct into the garden. In most areas, the soil is warm enough and not dripping wet or too dry.

There are plenty of plants that thrive growing in a pot and will supply you with delicious food.

Use large containers with a drainage layer of crocks or stones in the bottom, and at least a foot of a rich and water-retaining, loam-based compost below the roots.

Use liquid manure or seaweed to maintain fertility. Choose: